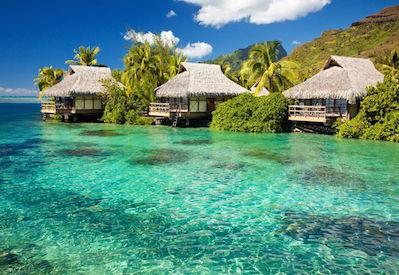 Phu Quoc is a very mountainous and densely forested Island of 1320 sq km; it is 48 km in length from south to north and has a population of approx. 80,000 people. Situated in the Gulf of Thailand 45 km west of Ha Tien on the Vietnamese mainland and 15 km south of the coast of Cambodia, Phu Quoc is ringed with some of most beautiful beaches in Vietnam, and offers the best seafood in the country.

Phu Quoc Island served as a based for French missionary Pigneau de Behaine from the 1760-80s and at one time he provided shelter here for Prince Nguyen Anh (later Emperor Gia Long) when he was being hunted by the Tay Son rebels. During the Vietnam war there was little fighting here but the Island was used by the Republic of Vietnam Armed Forces as a prison for captured Viet Cong. Phu Quoc is not really a part of the Mekong delta and also doesn’t share the delta’s extraordinary ability to produce rice & fruit due to its soil quality and inaccessible terrain.

It is, however, home to the best Fish sauce (nuoc mam) in the world, also reputedly known to produce high quality pepper and fantastic seafood. Another point of interest in Phu Quoc is the island’s native dog; this dog was originally a wild animal and later trained as a hunting dog by local people. These days they are very domesticated and it’s unusual to go anywhere on the island without seeing one of these dogs! These animals have unusually sharp teeth (as they tear their food when they eat it rather than bite) and have claws that over the years have been conditioned for catching their prey and are razor sharp.

Phu Quoc is what Phuket would be if it hadn’t been overrun by development. Phu Quoc island and its beaches was voted to be “The Most Cleanest and Beautiful Beach of World” by ABC News as from the end of February, 2008.